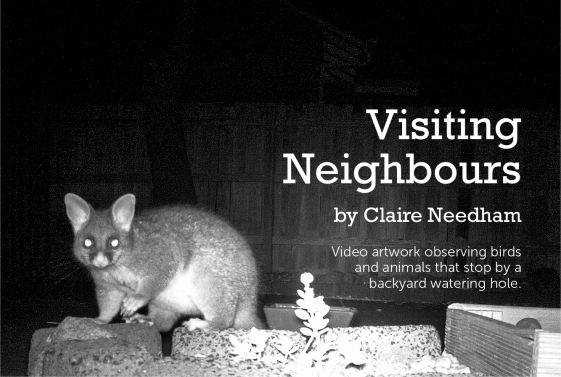 Over the last few years I have set up a water bowl in our backyard;  In an effort to get to know our non-human neighbours I setup a trigger camera facing this unnatural spring.

Way back in February I went on another photography trip for the Tas Land Conservancy, this time to the Blue Tier region. On this trip there was no strolling about on alpine plains; this mission involved bashing through unmarked terrain, mostly rainforest, with patches of Hard Water Ferns up to my shoulders (!!!) and tightly packed Tea-Tree – with a tripod!

Found this sea-horse looking root system from a fallen tree. You can also see how everything is symbiotic in a rainforest.

This area has some fantastic gnarled myrtle trees and tonnes of lichen, moss and fungi – even in late summer. I saw blob shaped bright red fungus and  bright yellow fungus, which was great as I had some new filters to test out – which I think worked a treat! I also found the remains of some rare snails (cracked open by birds), which I hadn’t seen before.

There were so many great things to photograph in macro, I had a great time. I also came across a giant Potato Orchid; I had turned around to find what I thought was a tree sapling but then realized it was a flower – the  stem was over a meter high! I’d never seen this before and was quite stunned.

The next day we trekked along the Moon Valley Rim circuit to Mt Poimena, which is a great lookout spot with almost 360° views and you can see for miles! If you’re ever in the area this should be on your list of things to do and see. Heaps of Native Pepper and red berry bushes around. 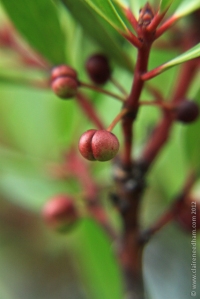 I also found an unusually tall opening of a yabby hole. The one on the left is more common. 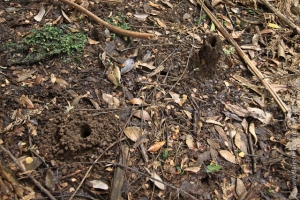 I really love these trips. I get to hang out with other landscape photographers, take my time photographing and go to amazing places – some of which are not yet open to the public.

The fantastic Mr Ian Wallace has organised and put together Tasmania: a Visual Journey, featuring selected images of Tasmania from 12 Australian photographers. It has 168 full-colour pages, is in Hardback for $49.95 rrp, and looks like this:

Tasmania: a Visual Journey is currently being printed and is due to arrive just before Christmas (it would make a great pressie). As a contributor I have 100 copies to sell – which will be signed by me and include a free postcard! To pre-order your own copy, email me now at info @ claireneedham.com (without the spaces) before they all go!!

Please stay tuned for details of the book launch. for more information and a preview please click here.

I have a few more images available in my greeeting card range now. You can see the current list at my Facebook page.

Its a bit of a slow process at the moment, testing out different print companies, but I hope to have more added in the next few months. You can help by going here and liking your favourites. I had a competition which is now closed, but your ‘likes’ will help me pick future cards 🙂

In April I went on another trip for the Tasmanian Land Conservancy. This time to Skullbone Plains as part of their New Leaf project. 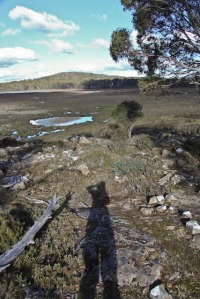 On the way to the plains, we passed through some old logging areas, which are now reserved for the Wedge-Tailed Eagles  as a nest was found about 10 meters from the road!

There was a natural spring near our campsite and the area is full of little creeks and ponds. The endangered species in this area are a small fish (Clarence Galaxis) and Sphagnum moss. I saw my first wild quoll which was leaping about a few meters from our camp. A few of us walked off to Lake Ina which has sandy banks and was just like standing on a beach.

There are a lot of spiders in this area, with webs and burrows everywhere. I saw 4 or 5 different species but some were too swift to capture on film.  Oh and I did end up finding some skull-bones too – from a wombat.

I also found this little cocoon thing and I am curious to know what it belongs to. I think its made of silk but what emerged from it? Any ideas?

There are two fantastic group shows (which I have work in) coming up very soon. They both open on the same night, but at opposite ends of the state.  Make sure you get along to one!

“In the shadow of Cradle Mountain the Vale of Belvoir stands alone as one of the only remaining grasslands of its kind in the world. It is the only surviving valley of its kind, unchanged since the time when glaciers covered much of highland Tasmania.

One of the University of Tasmania’s leading scientists Professor Jamie Kirkpatrick described it as “a place of global significance for its rich and dense marsupial carnivore fauna”. It is now owned and managed for conservation by the Tasmanian Land Conservancy.

This exhibition will explore ever widening ways of relating to the landscape of the Vale of Belvoir through the medium of photography.

“The annual CAST Members’ Exhibition represents the diversity of work being produced by members. Each year the community that supports CAST comes together to celebrate the year that has been, filling the gallery with a vibrant mix of works.”

Also in March I entered two images into the Weld Echo exhibition at the Long Gallery, Salamanca. 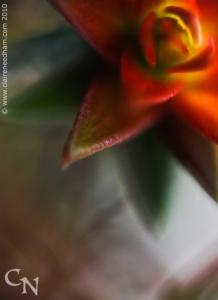 The images I used were from a previous trip to the Weld forests, but recently I went down to the proposed site where Forestry want to put through a road and bridge. The area on the other side of the river is  relatively untouched rainforest and inaccessible by vehicle.

This area is quite remote. A beautiful place to have lunch and relax – even a swim if you can handle the chilly water. 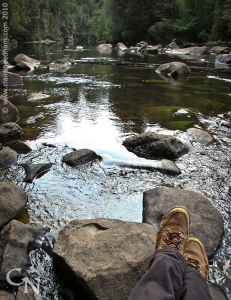 You can contact the Huon Vally Environment Centre for information on walks and directions to the Weld Valley.